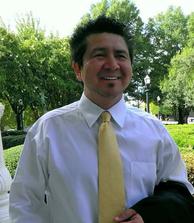 When you experience an arrest, an injury or find yourself in a legal battle,  –   Let me handle all the legal problems so you can focus on recovering, and getting back to your normal life instead of finding yourself overwhelmed and worried about your court case.

I will help you find your way.

John "Adam" Chavez was born in the State of New Mexico and raised in South Georgia.  Mr. Chavez earned his Bachelor Degree in Business Administration from the University of New Mexico in 1997.  Just out of college Mr. Chavez was employed by Global Creative Products Inc and became Vice President of the company within three years.  Within the first 60 days of being VP, Mr. Chavez negotiated a 12 year license agreement between Global Creative Products Inc. and Variflex Inc. worth over $30 million.

Around 2006 Mr. Chavez bought a Liquor Store and night club and began to meet many different people from all realms of life.  Mr. Chavez made many friends in this line of work and noticed how many of these friends would need legal help and couldn't get it.

Mr. Chavez began to notice how many people are actually wrongfully charged or convicted of crimes they didn't do or were punished much harsher then they deserved.  Mr. Chavez realized his passion of always wanting to personally help these people but he never could because he wasn't a lawyer.  In 2010 Mr. Chavez sold his Liquor Store and Night Club and decided to pursue his true passion of helping people.

Mr. Chavez earned his Juris Doctor from the Birmingham School of Law, Birmingham Alabama and never looked back.  Now Mr. Chavez is in position to help people in stressful situations!

Whether its a criminal charge, personal injury, deportation, your company is being sued or you are being sued personally give Mr. Adam Chavez a call!!  You won't regret it!! 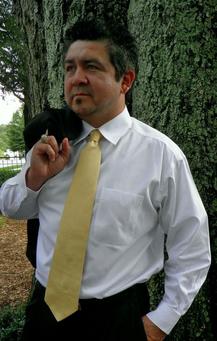